Multi-Channel Audio: The Key to an Impressive Home Theater 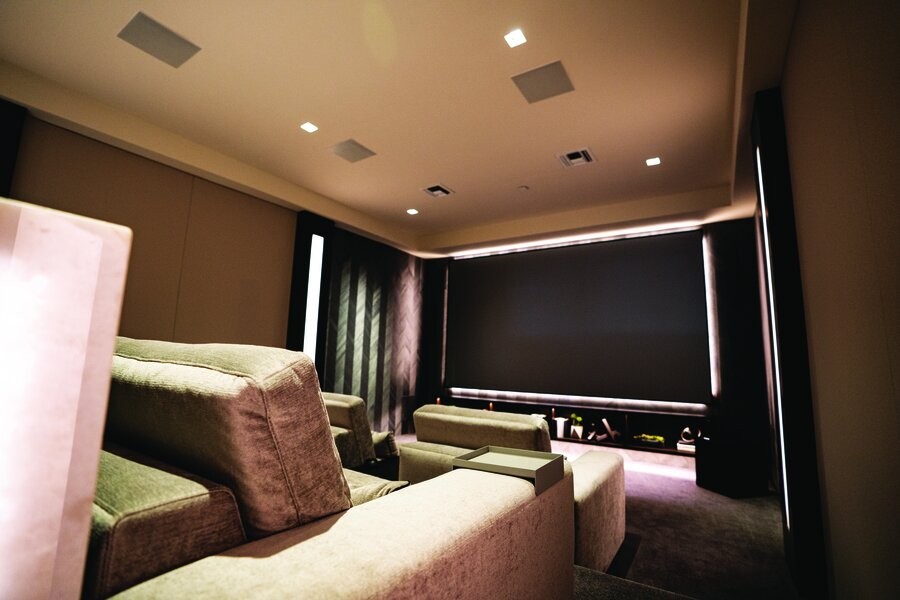 Whether you’re following a Hobbit’s journey in Lord of the Rings or watching a ‘90s rom-com, in a home theater, you want to be immersed in the audio and visuals.

And how do you create immersion? Some folks set up two computer speakers at either side of the room and call that ‘surround sound.’ Or they use a soundbar that promises ‘3D sound.’ We’re here to say—that’s not surround sound!

If you want to experience sound mixing and editing like the filmmakers intended, you’ll need a multi-channel home theater, not a 2-channel audio system. What does that mean? We’ll explain all you’ll need to build the best surround sound system below.

As a home theater installer that serves Orange County and the entire state of California, we promise you’ll find a Hollywood-level theater when you partner with us.

SEE ALSO: 5 Mistakes to Avoid in a Home Theater Design

Why Not Two-Channel Audio?

Two-channel refers to a speaker system with a left and right speaker. A two-speaker system can split sound into left and right soundscapes, which will add some dimension and depth to music and film. But it can’t play front-and-back movement, which is an essential component to surround sound.

What is a Multi-Channel System?

Most surround sound systems include five or more audio channels. You’ll use a separate channel for two front speakers, two ear-level speakers, and a center channel speaker. Many systems add two rear speakers as well, plus a subwoofer for bass notes.

When master mixers create audio tracks for movies or music, they encode the sound in a very specific way. They designate sounds to channels, and each channel is meant to provide special sound effects. The tracks work together to make sounds, like a horse galloping across the screen, traveling from different locations relative to the viewer.

A multi-channel system decodes the signals into the correct speaker channels, replicating the movie maker’s intent. Without multiple speakers, you aren’t experiencing the movie as it was intended to be seen.

What Does the Receiver Do?

The A/V receiver is the brain of your surround sound system. It receives audio and video signals from media sources, like a DVD player, and sends the signal to connected speakers. The receiver also amplifies audio signals to multiple speakers and decodes surround sound formats, sending the right sound to the right speaker.

How Do I Connect Speakers to the Receiver?

When we assemble surround sound systems, we typically use 16-gauge cables. If you’re running wire over 40 or 50 feet, we recommend much thicker 12-gauge cables.

Wireless systems are always an alternative. But be aware that you won’t be able to mix and match speaker brands, and connection over Wi-Fi can be finicky. You’ll still need to plug wireless speakers into an outlet, too.

But the easiest way to assemble a new home theater? Have a professional do it for you. A home theater professional like AUDIOVISIONS has years of experience designing and building home theater systems. We even install hidden in-wall and in-ceiling speakers for a clean, minimalistic aesthetic.

Ready to start your theater system? Contact AUDIOVISIONS here or message a member of our team below! We look forward to hearing from you!

How to Create A Sensational In-House Movie Theater